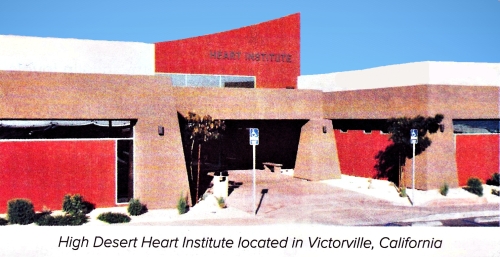 The High Desert Heart Institute, one of the most prestigious heart institutes in the United States, became the epicentre for the ground breaking study of l-arginine therapy on the basis of the ProArgi-9 Plus formula designed by Dr. J. Joseph Prendergast. During the early part of 2009 the study was conducted with 33 congestive heart failure patients that were from the Congestive Heart Failure Unit at the institute. This 90 day extensive evaluation has drawn enormous international attention.
Dr. Siva Arunasalam authorised this study and paid for all the testing and patient care. Over the course of the 90 day High Desert Heart Institute study, each patient received extensive diagnostic testing which generated approximately 7,000 points of data.

The 90 day Study on ProArgi9Plus’Therapeutic Effect

All patients participating in this study had exhausted their maximum pharmacological and medical treatment and therefore there was nothing further they could be offered outside of a heart transplant.

During the 90 day trial each patient was given 4 scoops of ProArgi-9 Plus per day. Each scoop contains 5 grams of pharmaceutical grade L-Arginine as well as several other ingredients like L-citrulline that support nitric oxide production and heart health. Prior to the study’s publication, Dr. Siva Arunasalam made the following comments:

“There was nothing else for us to try, we had tried everything with these patients. All patients showed a tremendous improvement in many, many objective data points that only can be attributed to ProArgi-9 …”

“…but what we ended up seeing was remarkable positive remodeling of the heart, positive pulmonary artery changes, pulmonary vascular changes in terms of pulmonary pressures, changes in the cardiac dimensions, changes in heart function…”
Following the success of the study the High Desert Heart Institute has formally implemented an L-Arginine / L-citrulline protocol using the ProAgri-9 Plus as part of their routine standard of care for all patients.

Angelo was a patient at the High Desert Heart Institute who was invited to participate in this study because of significant cardiovascular issues. Angelo worked for Litton Industries as a Director of Product Support that oversaw 100 subsidiary companies.

On December 20th 2008 Angelo Cici experienced a congestive heart failure, pacemaker failure and renal failure all at the same time. His wife called the paramedics and Angelo was transported to Intensive Care where life saving surgery was performed on his heart. After coming back from the hospital he relapsed in 4 days and ended up in the hospital once again.

This pattern kept repeating itself over and over again. Not wanting to exhaust his and his wife’s life savings on medical expenses, Angelo made the difficult decision to stop all life supporting precedures and go home to die. At this stage Angelo was invited into a clinical study that had just been started at the High Desert Heart Institute.

The following general results were observed after the study: